2014 has passed, but the relevant data has not yet fully statistical results, but from the overall economic situation, the cable industry will not be much better than 2013. In 2013, China's wire and cable industry capacity is about 70 billion meters. Affected by the slowdown in domestic economic growth and the difficulty of opening up foreign markets, the output was 41.95 billion meters (about 30% of the world), and the growth rate dropped by 8.8 percentage points year-on-year. It is estimated that 2014 will not be much better than 2013. The decline in growth rate is certain. After all, the situation in this industry is clear, and the disorderly low-price competition caused by the low threshold has caused the profit of the entire cable industry to be low. Most of the industry's profits are maintained at 3%-5%, and the industry situation is getting worse. The low threshold of the industry has also caused serious problems in low-level redundant construction, and the capacity expansion of the wire and cable industry is severe.

Under the new economic normal, the macroeconomic adjustment structure, the state strengthens the overcapacity industry, the macro-control of the environmental pollution industry, and the bank loan further shrinks the overcapacity industry. Many wire and cable industry enterprises have closed down due to the turnover of the capital chain, but This state, in the final analysis, is overcapacity in the industry. Enterprises do not have enough profit margins to form enough corporate funds to protect the city. The financial situation of the industry has deteriorated slightly. As of the middle of last year, the turnover of current assets in the wire and cable industry (1.35) decreased by 0.08 year-on-year, and the utilization efficiency of liquidity decreased slightly. The solvency and profitability were basically the same as that of the same period of last year. The total assets were 731.7 billion yuan, the asset-liability ratio was 56.64%, the main business income was 676.5 billion yuan, and the sales profit rate was 4.17%.

Wire and cable are very dependent on the overall situation of the macro economy. As a strong cyclical industry, its development is affected by the fixed assets investment of the national economy, and the national infrastructure is greatly affected. Under the influence of the national GDP base or environmental resources, China's economic growth will be adjusted, and China's economic growth rate will be less likely. In the same years, we maintain a rapid growth rate of 10% per year. According to the National Bureau of Statistics, in 2012, China's revised GDP growth rate was only 7.7%. In 2013, the economic growth rate may be only 7.7%. The speed may be only 7.4%. The decline in GDP growth, the possible reduction in infrastructure investment, and the constraints of environmental resources will further compress the entire wire and cable industry market, forcing the transformation of China's wire and cable enterprises. It is expected that in 2014, China's power industry (especially the new energy industry), data communication industry and urban rail transit industry will become the demand growth point of the wire and cable industry, driving the scale of the industry, and the total output of China's wire and cable industry will reach 44.88 billion meters. It is 7% higher than 2013, but the growth rate is still lower than the average of the previous three years (10.4%). The commissioning of new capacity projects for new wire and cable, such as new energy, will drive the industry to continue to expand. Capacity utilization is still low, about 60%.

Being in the core part of the real economy, the cable industry, which is an important part of the nation's construction, can still feel the chill. The big environment does not say that the personal experience is that the industry's profits are seriously declining, making money is not easy, and spending money is more. Under such circumstances, it is not enough to rely solely on conventional open source and expenditure reduction. New technology research and development, new sales channels can only be used as a supplement, and cannot be used as the final solution path. The future may be good, but everyone knows that many companies will die on the way to the future. Cable companies must learn to save themselves. They must find new profit points in the new situation, and this profit can no longer rely on conventional Method.

E-commerce is a road that all walks of life are exploring. Whether it is possible to introduce e-commerce into its own industry is now no problem. The question now is how to introduce it. The government has also paid great attention to the development of e-commerce. The Ministry of Industry and Information Technology's "12th Five-Year Development Plan for E-commerce" clearly pointed out that it will further increase the popularity and deepen the application of e-commerce, and promote the strategic role of e-commerce in economic and social development. . During the "Twelfth Five-Year Plan" period, the amount of e-commerce transactions quadrupled, breaking through 18 trillion yuan. The Ministry of Industry and Information Technology encourages and requires enterprises to conduct their own trade through e-commerce and through the Internet, and also encourages large enterprises to establish their own e-commerce platforms. After more than ten years of development, China's Internet has grown into an era of e-commerce-centric user value orientation and business value orientation. Therefore, e-commerce has great potential for development, both now and in the future.

China's e-commerce is still in the exploratory stage, especially in the wire and cable industry. The transformation of the entire industry is still in its infancy, but the combination of wire and cable and e-commerce will become the future development trend of the industry. Whoever first “electric shock” will have the initiative. It has a first-mover advantage to occupy the market. Therefore, China's traditional wire and cable enterprises should seize the opportunity of rapid development of mobile Internet, accelerate the pace of enterprise transformation, and preemptively realize the combination of industry and e-commerce. Only in this way can we enhance the competitiveness of enterprises and gain a place in the fierce competition in the future. 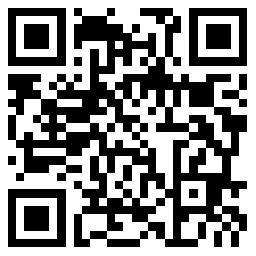